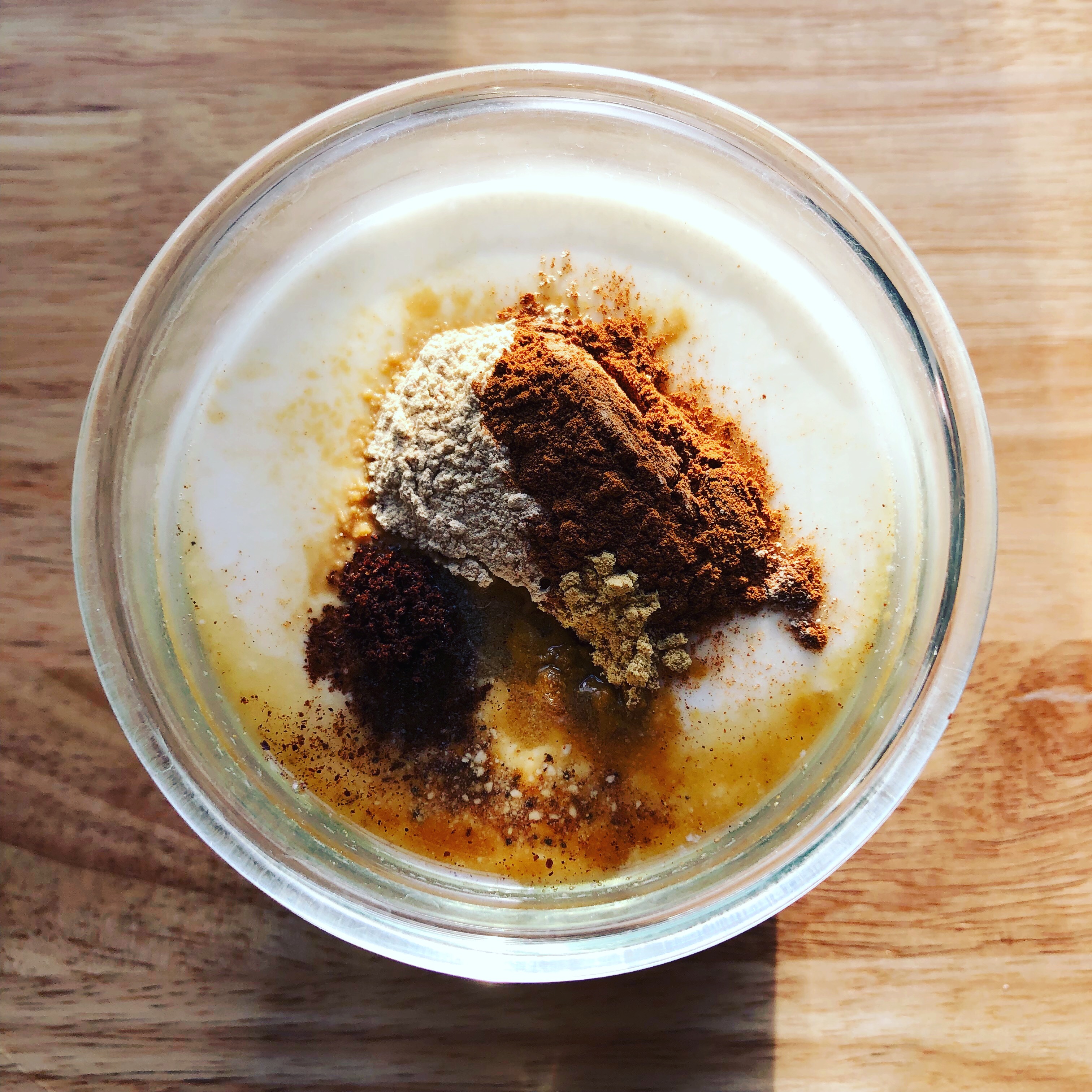 One of my first introductions to the official cultured food world was Milk Kefir (pronounced “Keh-pheer”). I was reading Nourishing Traditions in an search for help with some of my health issues.

Long story short… I have had wheat allergies and sugar sensitivity all my life but didn’t know it. We didn’t have allergies in the 80’s! I was an exchange student in Mexico in High School and I didn’t drink the Tequila. Wrong move. When it is fed to children and home brewed in every home… DRINK IT. You guessed it. I got parasites. And not just any parasites… but LOTS of parasites. They began rearing their ugly heads when I went off to college… which because of a long and difficult fight with my health and these little buggers, took me a whopping 6 years including a move home and an incidental change of majors. So much for my journalism career. PSU didn’t have that department so I settled for my minor as my major: Political Science. Fun… but a waste of time for me. At least I have a Bachelor’s Degree now, right? And lots of debt. Yaaaaay. After prednisone and a host of other awful medications that all but completely destroyed my microbiome, I was NOT rid of these suckers. You though I was going to say I was healed, did ya? Nope. In the end, it was prayer, garlic and essential oils. Thank you very much. Oh and thanks prednisone, for making my insulin all jacked and for that extra FIFTY POUNDS it took me years to work off. Thanks… yeah… thanks for that. I still have to watch it. But that’s a story for another day.

My immune issues since the wee “friends” have been terrible. Even through my years in Scotland with Youth With A Mission and all my wonderful travels to beautiful sunny countries I struggled with my immune system… but never again did I contract parasites. One wises up, we should hope.

Nourishing Traditions. I was reading about milk kefir and came across a particular symptom that jumped out at me. It said that milk kefir can help your body absorb other nutrients as well as restore your gut health. Two of symptoms it was said do help with were dark under-eye circles and cracked lips. A light had dawned. My beautiful son Matt has had those issues since he went from breastmilk to food. I grew up with it as well. So I immediately found some culturing grains and started making my own milk kefir. I have a lovely culture… and I’ve tried several. It has a palatable mild (comparatively) taste that I was able to get down the throats of two out of three of my children. The third… I have to sneak it into homemade fruit popscicles.

It helps with a lot of things. Helps people recover from chemotherapy, helps with pregnancy and can lessen the risk of pre-eclampsia, helps weaken the symptoms of food allergies, is generally safe for people with lactose-intolerance because the bacteria feeds on the lactose (sugar) in the milk. It helps your body deal with anxiety and excess cortisol (the stuff that makes you stressed and fat if you don’t exercise it off) Yada yada… a lot of stuff. I could write a thesis.

After we started drinking it, Matt’s dark eye circles and cracked lips just went away. If he doesn’t drink it for a few days they come back. Just like that.

For me the kicker was the day my arms went numb from a combination of stress and a reaction to unhealthy oils in a bag of tortilla chips I shouldn’t have been eating. My father in law was visiting and he had to drive me to the Downpatrick A&E (Emergency Room for you Americans). I grabbed a glass of kefir and downed it before we left and the numbness dissipated within 20 minutes. We were sitting in the waiting room and it just… went away. I was sold on the stuff.

Flavor wise… I liked it straight off the bat and took it neat. I love plain yogurt and stinky raw cheese so no surprise there. Matt takes his with a bit of raw honey encompassed in a little water so the bacteria don’t brawl. My middle child is the same. My husband Steve likes his with cold brew coffee, vanilla and my cinnamon/clove/ginger mixture. I’ll post that recipe at a later date with my other Milk Kefir go-to.

I like mine plain, but I have taken to adding healthy compounds to get the most out of it… and of late have had it after a strenuous workout because it has LOTS of BCAA’s (Branch Chain Amino Acids) including Leucine, which helps with muscle recovery. Step aside, muscle milk.

Cinnamon and yogurt are one of those food combinations that boosts metabolism. Added to that, Ashwaganda (or Indian Ginseng) is an adaptogen (a natural food substance that helps the body adapt to stress) as well as an anti-inflammatory. Cloves, which are in the phytocannabinoid family along with rosemary and hempseed, help reduce stress and inflammation in the body as well. Ginger increases metabolism and has anti-inflammatory properties as well… and it’s yummy. I use pure vanilla extract and sometimes a drop of liquid stevia to offset the bitterness of the ashwaganda. If you’re feeling really frisky (close your eyes all you Whole30 and Paleo people) you can add a tablespoon of quality whiskey and you’ll feel like you’re drinking eggnog without the eggs.

If you have never had milk kefir I would recommend getting an unsweetened one from any health store or Whole Foods Market. I saw some in our local Market of Choice recently as well. Just try it and take a tablespoon per day, doubling every 3-4 days until you can drink a cup without any odd effects. Milk kefir kicks out the bad bacteria in your gut pretty quickly… and some people experience candida die off or something similar to the keto flu when they hit it too hard too fast. I had a full on set of flu symptoms that lasted approximately two hours and then I felt great. But I don’t eat sugar. My son had what looked like the flu and a rash on his face for about a day until it dawned on my that I might be able to speed it along and I gave him water kefir. The rash was gone within the hour. So… take it easy. I eased my daughter and my husband into it and they have never suffered any ill effects.

I’ll often add a tablespoon of chia seeds for some extra BCAA’s but if you don’t like little bits in your drinking yogurt leave them out. It’s certainly not my husband’s cup of tea.

Drink it during or after a workout… or for breakfast… or to break your fast if you’re doing intermittent fasting. It is keto safe as most of the sugars and lactose are eaten up during fermentation. But don’t go crazy. It still has carbs. You can make it with full fat coconut milk as well for Paleo and Vegan folks. See here. 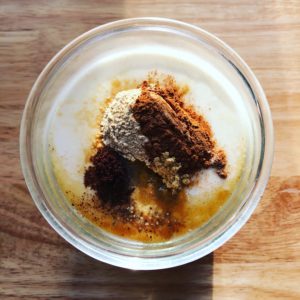 Brenna May
Milk kefir for during or after a strenuous workout… or for breakfast… or to break your fast if you’re doing intermittent fasting. It is keto safe as most of the sugars and lactose are eaten up during fermentation. But don’t go crazy. It still has carbs. You can make it with full fat coconut milk as well for Paleo and Vegan folks. See here.Here’s to happy gut bacteria!
Print Recipe Pin Recipe
Prep Time 5 mins
Course Breakfast
Cuisine Mediterranean